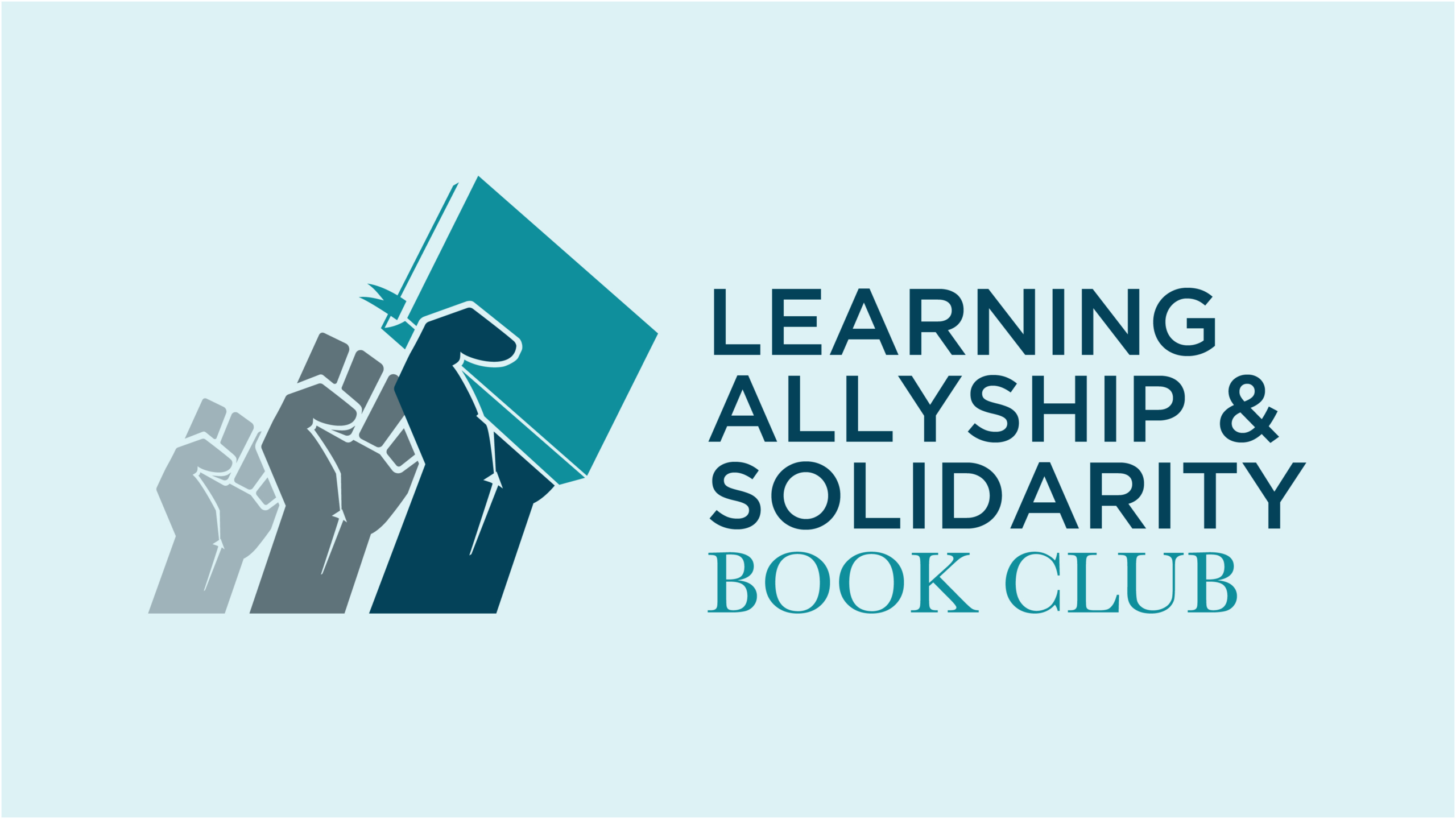 The UVSS’s “Learning Allyship & Solidarity Book Club” is back! This book club is an opportunity to read and discuss books with fellow students.

This year there will be two groups: a BIPOC Session and an Open Session. Find our more below in our FAQ.

Our first meetings will take place in November: 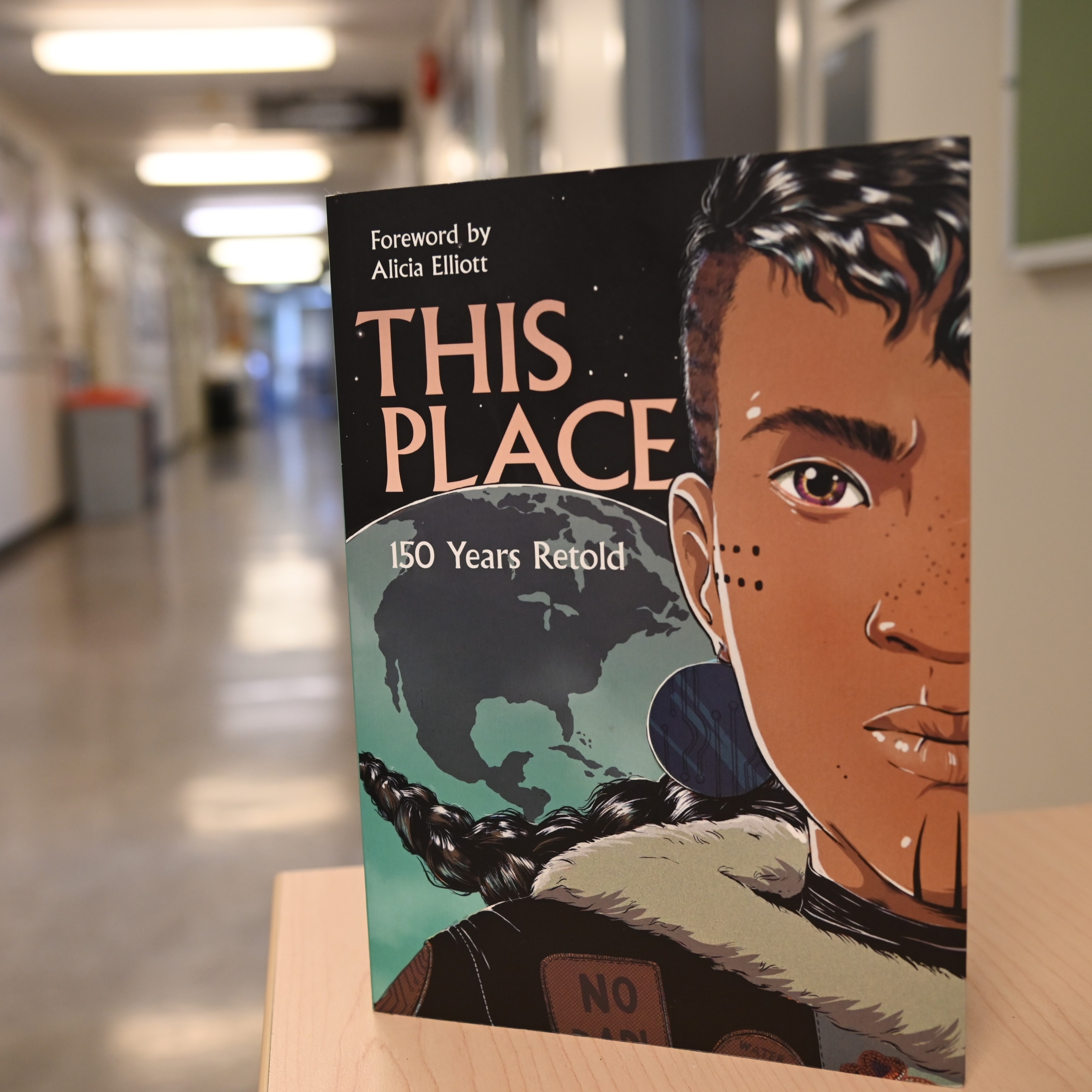 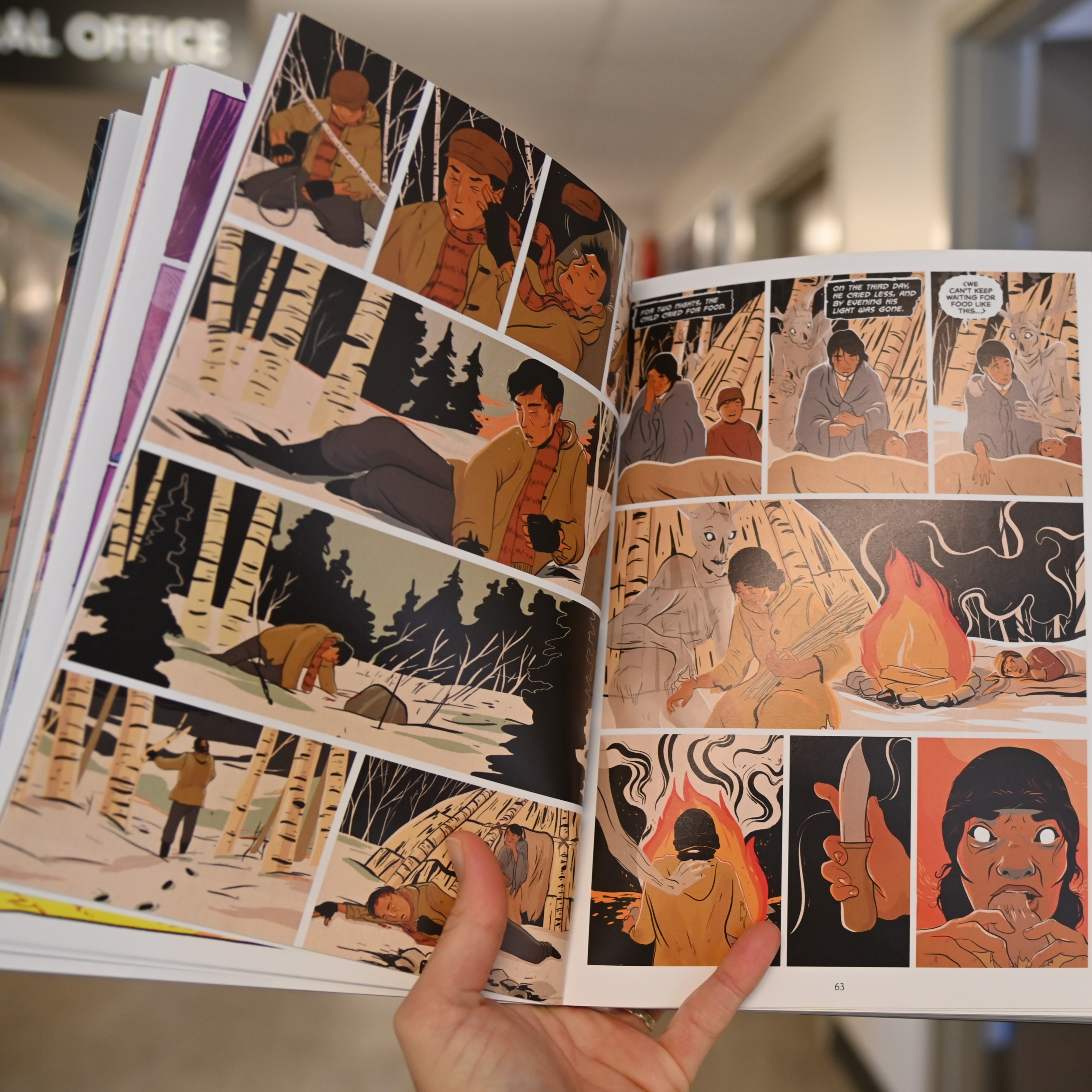 The first book we’ll read is This Place: 150 Years Retold, a graphic novel authored by several Indigenous writers and creatives. It’s a beautifully illustrated book that contains themes of fantasy and time travel, set in a post-Apocalyptic setting since colonization in so-called Canada.

We chose this book as the first book of the 2021/22 LAS Book Club to let our attendees read a non-academic, yet still incredibly educational, text, while also supporting Indigenous authors and creators.

“Explore the past 150 years through the eyes of Indigenous creators in this groundbreaking graphic novel anthology. Beautifully illustrated, these stories are an emotional and enlightening journey through Indigenous wonderworks, psychic battles, and time travel. See how Indigenous peoples have survived a post-apocalyptic world since Contact.

If you have any questions, please get in touch with Q at events@uvss.ca

Undergraduate and Graduate students at the University of Victoria are welcome to attend LAS Book Club. If you aren’t a current undergrad or grad student but are part of the UVic community, please let us know in the registration form or reach out to Q (events@uvss.ca).

Register below, through this form!

The BIPOC Session meetings are for self-identified Black, Indigenous, and/or People of Colour. If you do not identify as BIPOC, join us at the open session.

The Open Session meetings are for all folks.

I identify as BIPOC. Which session should I attend?

I identify as white/non-BIPOC. Which session should I attend?

Should I read the book before the meeting?

Yes, if possible for you! Ideally, participants will have read the book or most of the book in order to contribute to the conversation at whatever level or form of participation they would like.

Where should I get the book?

Wherever is most convenient for you! You can choose to buy the physical book or the e-book. Especially if you’re ordering your book by mail, remember to give yourself enough time to read the book in time for the group meeting! If you have any accessibility concerns in this regard (if cost is a barrier, for example), please reach out to Q (events@uvss.ca) or a session facilitator.

Where will the meetings take place?

Online via Zoom! Zoom links will be made available closer to the meeting date and will be emailed out to those registered.

What is the structure of the meetings?

These sessions are based on the needs and wants of the group. The following structure is based on previous Book Club meetings and is flexible depending on the group that meets.

Have another question or concern? Ask us by emailing Q (events@uvss.ca)